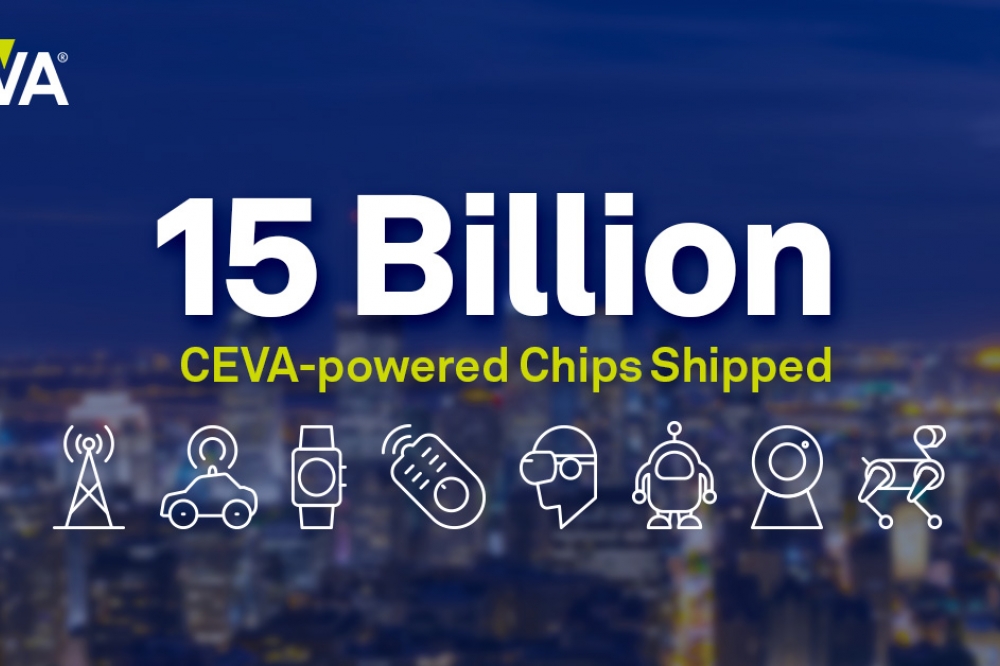 CEVA, Inc, a supplier of licensor of wireless connectivity and smart sensing technologies and co-creation solutions, has announced that cumulative royalty-bearing chip shipments that include CEVA IP surpassed 15 billion units during the second quarter. This significant milestone has been achieved as CEVA approaches it's 20-year anniversary of being a public company. While the first 10 billion CEVA-powered shipments spanned more than 15 years, the next 5 billion shipments took less than three and a half years.

The incredible rapid adoption rate of CEVA's IP in the IoT era is a testament to the company's role in the democratization of wireless connectivity, through the broad licensing of its 5G, cellular IoT, Bluetooth, Wi-Fi and UWB platform IP to hundreds of semiconductors and OEMs. This effectively lowered the entry barriers for embedding wireless connectivity in SoCs, enabling companies to design more cost-effective and power-efficient chips that led to the proliferation of wirelessly-connected devices that we take for granted today. These devices include smartphones, wearables, hearables, wireless speakers, smart home appliances, white goods, plugs, lights and many more.

Gideon Wertheizer, CEO of CEVA, stated: “Surpassing the 15 billion CEVA-powered chip shipment milestone is a very noteworthy accomplishment for CEVA and its customers. The steep shipment ramp we have experienced over the past 3 years directly coincides with the explosion of IoT devices, where almost every electronic device that ships today is connected. We have been developing and investing in wireless technologies for two decades, and today CEVA is proud to be at the forefront of wireless connectivity in the IoT era. Going forward, as devices become increasingly smarter, integrating more sensors and intelligence, our sensing technologies and edge AI platforms are primed to build on our wireless success. We are excited and invigorated by what's next for CEVA as the adoption of our technologies continues to grow and we reach new heights.”