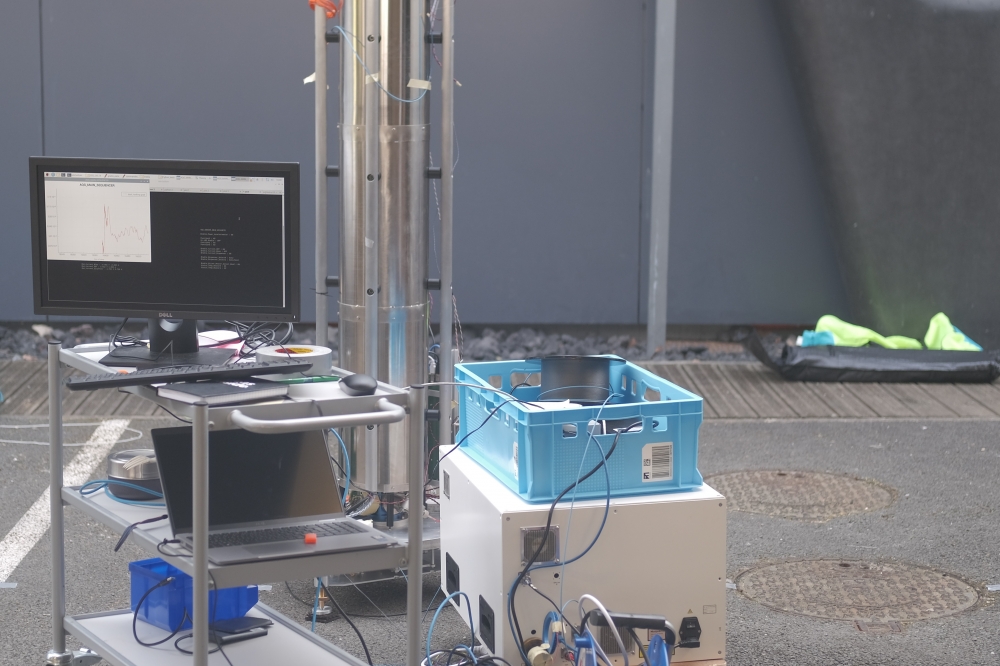 iXblue, a high-tech company in the fields of navigation, photonics and space, and maritime autonomy, recently announced a scientific and technological breakthrough with the development of the first industrial compact and transportable Differential Quantum Gravimeter (DQG) in the world. With its high sensitivity and unreported stability, iXblue compact gravity gradiometer offers new perspectives for near-surface geophysics, civil engineering, and gravity-aided navigation.

The new industrial prototype of DQG developed and validated by iXblue Quantum Sensors division can measure simultaneously the absolute values of both gravitational acceleration g, and its vertical gradient Γzz. On the one hand, the gradient is more sensitive to mass anomalies at close vicinity of the sensor, while its immunity to vibrations makes it more sensitive to smaller objects. On the other hand, gravity is more sensitive to bigger objects, further away. The DQG offers the best of both worlds and the fusion of the two datasets promises to remove the ambiguity between the determination of the mass of the gravity anomaly and its location.

“The prototype developed by iXblue is the first industrial solution in the world to offer this simultaneous measurement. Its resolution better than 1 Eotvos* makes it capable of detecting very small anomalies while being non-invasive and not requiring a precise knowledge of the terrain's topography.” explains Camille Janvier, quantum physicist at iXblue, adding that “our DQG can detect a 40cm diameter pipe almost 2m under the ground.”

The gravitational acceleration g measured by iXblue's DQG has the same performance as its commercial Absolute Quantum Gravimeter (AQG**), and its sensitivity to vertical gravity gradient Γzz is currently limited by a purely quantum effect, as highlighted in the scientific publication (reference below). These remarkable performances were obtained thanks to iXblue's experience in integrating complex systems for quantum technologies. In particular, the DQG features a compact and agile laser system that is similar to the commercial Intelligent Laser System (ILS) series commercialized by iXblue. It allows a precise control of the laser amplitude, phase and absolute frequency with fast tunability.

For Camille Janvier “The compactness of the DQG and the field-tested technology on which it is based, open the way to the deployment of this new quantum sensor in real environments in the near future, to investigate both spatial and temporal variations of mass distributions in the field”.

The DQG is now commercially available. It is a groundbreaking solution for gravity measurements with applications in:
• Civil engineering and defense for the detection of underground cavities
• Improved capabilities in mining, and prospection
• Better accuracy for reservoir management in geothermy
• Improvement of infrastructure monitoring

The quality of iXblue's DQG is the result of both the expertise of its teams on the physics behind this technology, and the very tight and fruitful partnership with the academic team from LNE-SYRTE lab (Observatoire de Paris/PSL/CNRS/Sorbonne Univ.) in Paris, who are leading experts in this field.

Angst+Pfister Takes Over The Smartec Temperature And Pressure Sensor Business